The Smart is purely classically designed multi-purpose wood, which was developed for the new plastic balls. Combined with four ash veneers with cork veneers in between, it should combine classic ball control on both sides in such a way that attack and defense become child’s play. If you prefer a fast-paced game, simply turn the blade 180 ° and play the backhand with the notches facing down in the grip on the forehand.

Blade Info:
Each blade is hand made in Germany to perfection by Achim Rendler who also makes some blades for Dr Neubauer.

The Smart is purely classically designed multi-purpose wood, which was developed for the new plastic balls. Combined with four ash veneers with cork veneers in between, it should combine classic ball control on both sides in such a way that attack and defense become child’s play. If you prefer a fast-paced game, simply turn the blade 180 ° and play the backhand with the notches facing down in the grip on the forehand.

Every playing surface, whether normal, pimple or (G) anti in combination, can be used on this competition racket. Thanks to its 4 mm core veneer, this Re-Impact blade is light and very easy to master even in difficult situations, and very effective for all types of hits. Especially above the table, the high level of control and great dynamics allow a quick and precise attack as well as a subtle defense. Therefore, the Smart has become an extremely dangerous multi-function bat for the opponent. Because the ball develops a very flat trajectory at or near the table, it is easy to apply real pressure from a distance. The new sluggish plastic balls will develop very good spin because of the lower strength of the competition racket. The Smart is the classic combination blade for tacticians, who want to let the opponent run away. A special new feature is the following playing behavior: If you play more passively with the racket, this new racket regulates the pace itself, and if you play more aggressively, the same racket regulates the pace behavior again. So you can always control the interrelationship between speed and defensive behavior, because the competition racket has excellent ball control.

Further info
Re-Impact blades are optimised for right or left hand players. We are currently only stocking Right handed versions. If you require a left handed version please get in touch.

The Waran is still after many years our best-selling short pimple-out rubber by far.

Why is this so ? Probably because the Waran is very fast, effective, easy to play, durable and quite cheap.

The top-sheet of the Waran is quite hard. In addition, the conical shaped pimples are very short. The pimple tops are ribbed. Overall the top-sheet is very fast.

The sponge is soft (but a little harder compared to the sponge of the SpinLord Degu) and provides a very good built-in speed-gluing effect.

The Waran is our recommendation for a direct offensive game at the table. It enables the player to smash almost every ball directly with unbelievable power. For this style of playing there is no better rubber available.

It is also very easy to counter-attack the opponents attacks with the Waran. Block balls can be placed precise and both passive block balls and aggressively pushed block balls are possible.

In addition, the Waran is also pretty good for chopping. Although the Waran does not generate very much own spin, undercut balls have an extremely low and thus also dangerous trajectory.

Playing a topspin is also possible with the Waran, but for this stroke the Degu is better.

The Waran is also very insensitive to incoming spin which makes it much easier to prepare your own attack than with other rubbers.

When it gets rough in a close game, no other fast short pimple-out rubber will be so reliable as the Waran. Many other pimples have a weak spot, that if the opponent finds it, may cause you to lose the game. The Waran will help you to win more games than before because it has no weak spots, it works with all kinds of balls against all kinds of opponents. No matter what playing style your opponent has, with the Waran it is always very easy to grab the initiative, to put continuous pressure on the opponent and never lose the control. With the Waran you can also win the game with brute force, when you smash hard, the opponent will have no chance to return the ball. Also, the Waran enables the player to play very versatile, quickly adapting to every situation of the game with ease.

The Waran can be played by players of almost all levels. Only top players will most likely prefer our Waran II due to its harder sponge.

By the way the weight of this rubber is very low ! 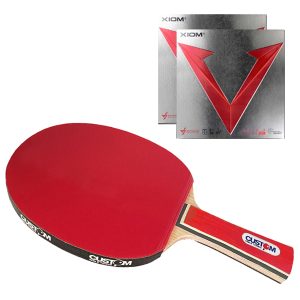 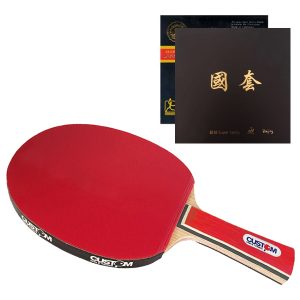 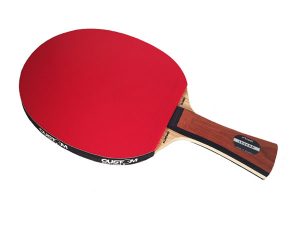 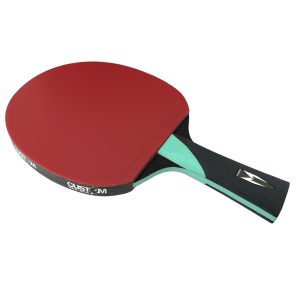 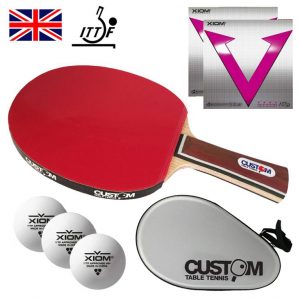 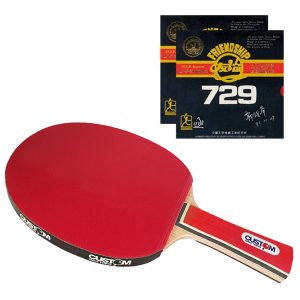 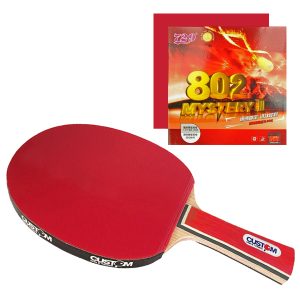 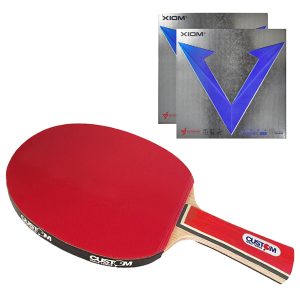