HUGO HAL has been developed with the special material Hyper Axylium, which quickly captures vibrations after the impact. This blade maximizes ball grip with soft feeling and generates a stable ball trajectory.

​Focusing on the idea of Hugo playing non-carbon blades, we developed HUGO HAL (Hyper Axylium) in June 2020. The special material HYPER AXYLIUM is a high-quality orange Arylate originally developed by XIOM. We named this new material as HYPER AXYLIUM because it has a slightly different character than the SUPER ARYLATE used in the HUGO SAL. HAL features a clear feeling, improved repulsive power, and well-balanced performance.

HUGO HAL is an allround to offensive blade, that offers a lot of feeling and control to all players but can at the same provide high speed and power to world class players like Hugo Calderano.

​The flexible character of HAL blade makes it perfect for players with larger movements and gives the opportunity to guide the ball in the desired direction. The longer dwell time make the blade more forgiving and fits perfect to harder rubber such as VEGA X/PRO and OMEGA series.

I simply would say this is the best blade for every level player. I used to play with other more expensive blades, and I decided to change a few months ago. So, I tried a lot of blades to find out a suitable one for me. I have 11 blades from very fast to slow, too quick, not controllable, Butterfly, Yasaka, Donic, Tibhar, Andro, Nittaku, Gewo, etc.
I asked another player who is far better than me to try and he said the Hugo HAL is better for him because of the better grip and feel of the blade.  Now he has also changed. Now I feel every top spin and backhand spin clearly. Dwell time is good but fast enough when attacking and easier to control than all other blades I have tried. In my opinion, if you are a beginner, intermediate or advanced this is the best blade to buy right now. The quality of this blade is AAA+ no complaint at all. My conclusion is this one is for every level from beginner to pro player. Buy it, You won’t regret it.

Available in FL or ST handle. 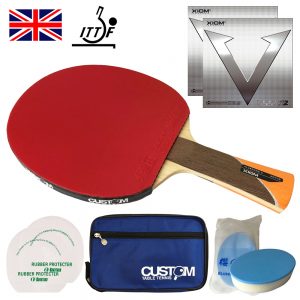 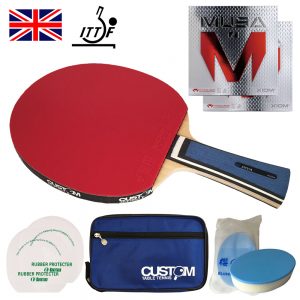 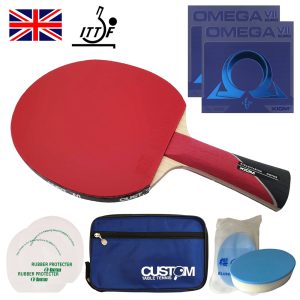 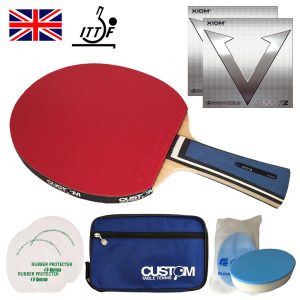 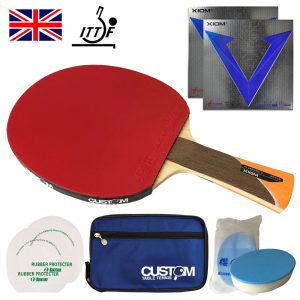 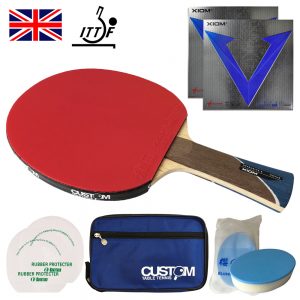 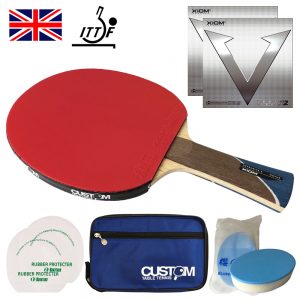